Onde máis doe is another production in which Xamalú Filmes counted on us for realized the VFX. As always, it was a pleasure to work with them.

First of all, the work was for a documentary with a sinister plot of real horror. Although if the work was easy to do, It was difficult to know the story of this tragedy.

After threatening, his ex-partner for years, Marcos M. murders his 11-year-old son with a shovel. A year later, a popular jury condemns him for murder, killing in full use of his powers, and determines that the crime against the child did not seek anything other than to punish the mother. In the fact on which we base ourselves, violence, harassment, the murder of a child to harm the mother and the death threat that still hangs over the woman concur.

Finally, Onde máis doe is a film about gender violence that aims to be the opposite of the sensationalist treatment with which these dramas are usually treated.

Another production in which Xamalú Filmes counted on us for realized the VFX. As always, it was a pleasure to work with them.

The work was for a documentary with a sinister plot of real horror. Although if the work was easy to do, It was difficult to know the story of this tragedy. 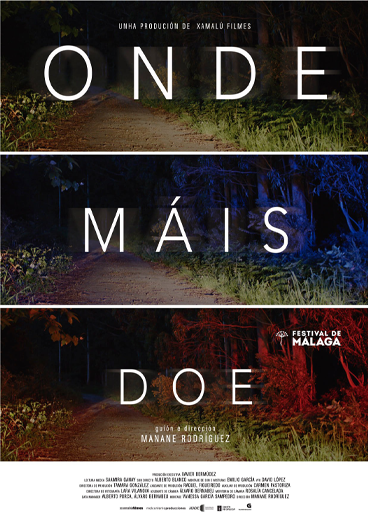