León y Olvido is a 2004 Spanish film, written and directed by Xavier Bermúdez.

Firstly, galician director Xavier Bermúdez won a Special Prize from the Jury at the 2004 Malaga Film Festival with ‘León y Olvido’, a film that toured the world from competition to competition, winning awards in Athens, Ourense or Toulouse for its director and leading actress, Martha Larralde.

At last, Bermúdez returns to direct and sign the script. With a cast made up of Monti Castiñeiras, Rosa Álvarez, Sonia Méndez, Corina Álvarez.

Lastly, the production is carried out by Xamalú Filmes and Digital Cine Media. With the participation of Televisión de Galicia.

Manly, Xamalú Filmes called us, Antaruxa animation studio, to do the VFX for Olvido y León. The second part of the award-winning León y Olvido (2004).

On the other hand, another production in which Xamalú Filmes counted on us for realized the VFX. As always, it was a pleasure to work with them.

In conclusion, we hope this sequel will be as successful as the first part, our friends at Xamalú Filmes deserve it.

At last, no one will ever know what shots have VFX on

Finally, we highly recommend both films!

Xamalú Filmes called us to do the VFX for Olvido y León, the second part of the award-winning León y Olvido (2004), directed by Xavier Bermúdez.

We hope this sequel will be as successful as the first part, our friends at Xamalú Filmes deserve it.

We highly recommend both films! 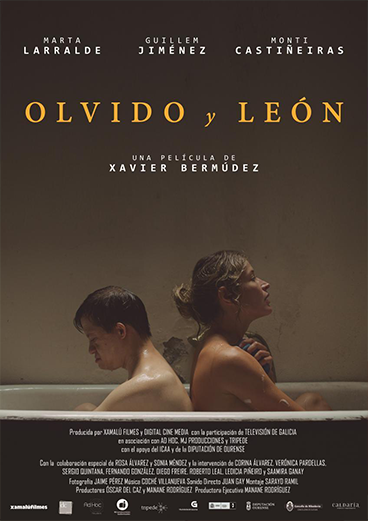