Firstly, it is a romantic comedy starring Antonio Durán Morris and Isabel Blanco. Also, that was shot in recent months in Ourense and Os Peares. Furthermore, it is based on a story by Antonio Pastor, and is produced by Ézaro Films. Furthermore, with José Montero at the head. Besides, together with the winner of several Goya Awards, Ángel de la Cruz.Furthermore, he also signs the script.

On the other hand, Ourense and Os Peares are clear protagonists of the work. Further, the railway station or the miniature electric train exhibition halls served as the perfect setting for filming.

A train that passes on time every day, a station, a love story and our VFX are the necessary ingredients to try to turn this short film. Besides, in which we have had the pleasure of participating, into a masterpiece.

Finally, Non me espera ninguen was a fantastic challenge for Antaruxa animation studio.

A train that passes on time every day, a station, a love story and our VFX are the necessary ingredients to try to turn this short film , in which we have had the pleasure of participating, into a masterpiece. 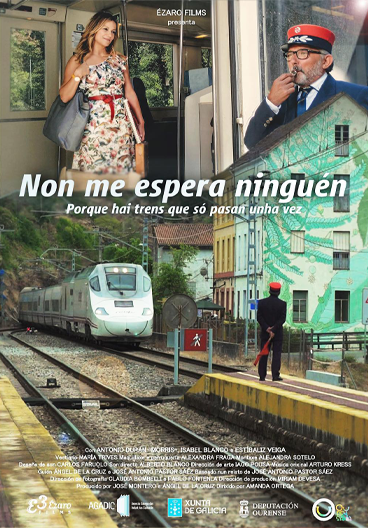